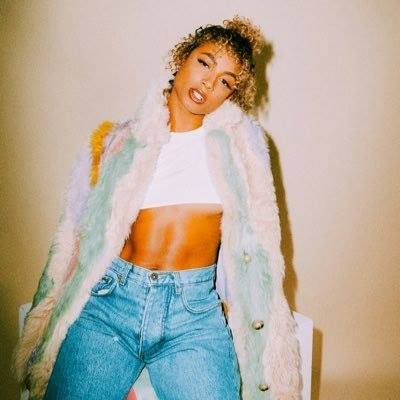 Known as DaniLeigh, Danielle Curiel is an understated R&B singer and songwriter who collaborated with Prince and went on to sign with major-label Def Jam. Curiel had worked as a background dancer and was one-half of Curly Fryz, with her sister, when Prince sought her to direct and appear in the video for his 2013 single "Breakfast Can Wait." Curly Fryz released some independent singles and appeared on Prince's HITnRUN: Phase One track "Like a Mack," but Curiel eventually went solo. After she released a couple singles independently, she signed with Def Jam, where she made her major-label debut in 2017 with "Lurkin" and the Kap G-assisted "Play." The two tracks appeared on Summer with Friends, an EP issued shortly thereafter. The following November, Curiel released the full-length effort The Plan, which featured guests YBN Nahmir, YG, Lil Yachty, and Lil Baby.