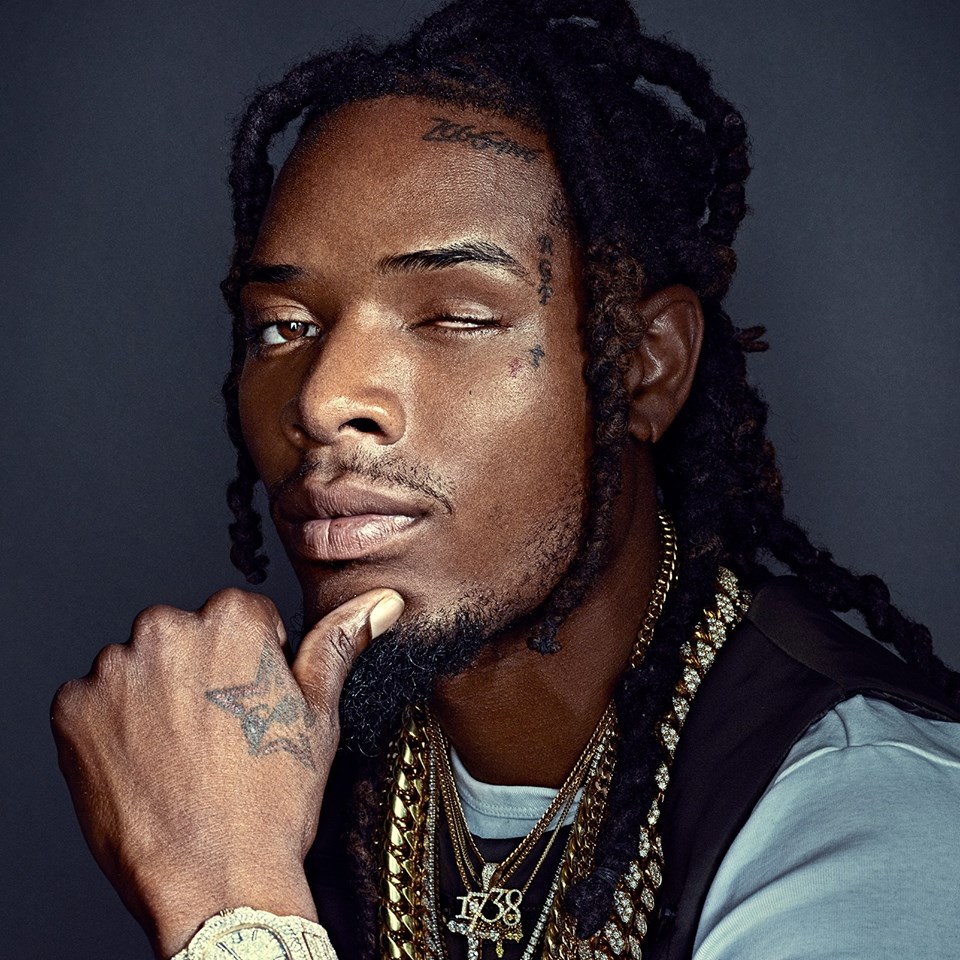 coming his way. In fact, the nickname Fetty Wap comes from 2 things, being known for having money and an ode to fellow trap star Gucci Mane. The 23-year old, Paterson, NJ native first picked up a mic 2 years ago and has been diligently honing his craft ever since, making music that he refers to as “ignorant R&B” Fetty’s infectious first single “Trap Queen” was undeniable from the start. “I was sitting in the car with my best friend Nitt Da Gritt and the beat came on. We both looked at each other like ‘this is the one’. I went and recorded it. There was a girl I was dealing with at the time and she was just holding me down so I called it “Trap Queen”’, Fetty recounts. The video was uploaded to his YouTube account in August. Viewers were surprised to find that rap star’s left eye is missing, something he doesn’t find to be an obstacle but “It just makes me not judge people”. After hard work and a video that has amassed over 2.5 million views, Fetty Wap signed with Lyor Cohen’s new venture, 300 Entertainment, in October. “Trap Queen”- which has been Shazam’d over 134,000 times- is currently exploding on the air waves.

Next up for Fetty Wap- a self-titled mixtape releasing in February 2015 and introducing Remy Boyz , a group comprised of the crew he grew up with on the notorious 12th Ave and 22nd St block in Paterson. Still, his focus is on making “Trap Queen” one of the biggest records of 2015. “I want to build my brand and be a worldwide artist”, says Fetty, who sites his son as one of his inspirations. When asked where he sees himself in 5 years- Fetty Wap’s answer is that of someone who wants to continue to be known for being successful- “In Miami overlooking my penthouse balcony- with platinum plaques on the wall.”