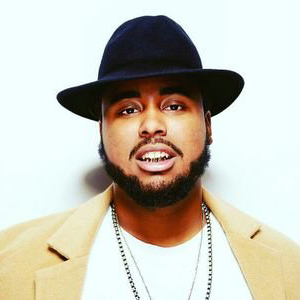 Earning his cred as a producer before taking his music to the masses as a rapper/singer, Kent Jones is an artist signed to DJ Khaled's label, We the Best Entertainment. Born and raised in Tallahassee, Florida, Jones first became involved in music via his church, then his interests turned to jazz, a genre where he discovered the work of Quincy Jones. He later became interested in hip-hop, where he particularly admired the work of Dr. Dre and Timbaland, two bass-oriented producers who influenced Jones' own booming productions. After working with Ace Hood, DJ Traphouse, and other local artists, he was called up to the majors by DJ Khaled. Now signed to We the Best Entertainment as a triple threat -- producer, singer, and rapper -- Jones released his single, "Don't Mind," and appeared alongside Ace Hood and Vado on Khaled's cut "365." The latter landed on the NBA 2K16 video game soundtrack. "Don't Mind" would go on to be one of the biggest hits in 2016, rising into the Top 10 of the Billboard 200, hitting number one on the Rap charts and surpassing over 162 million streams by the summer.