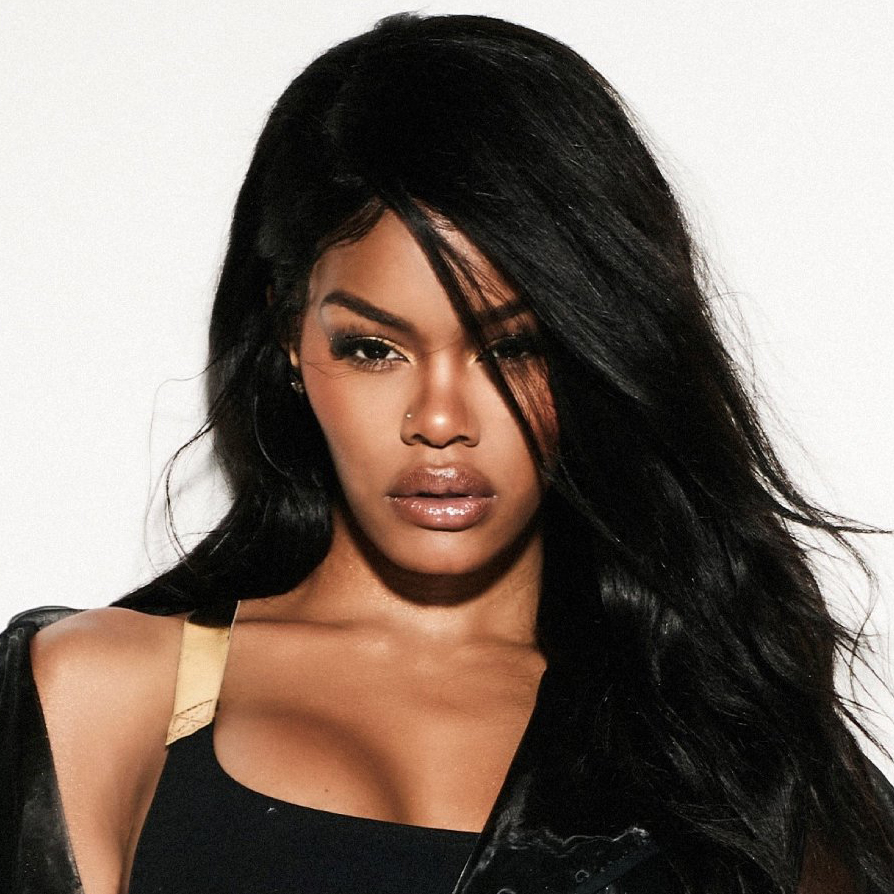 It’s hard to recognize the pretty 16 year-old poised in first position at the ballet barre. Her usually wild mane is pulled back into a scarf as she takes her final port de bras and retreats to the locker room with a tug of her leotard. "I’m not a girly girl," she confesses with a shrug. "I don’t like wearing a spandex bodysuit." When she returns, she’s rocking a fitted cap cocked over her gorgeous crop of corkscrew curls, a subtle sag in her Ice Cream jeans, and a pair of technicolor Air Force Ones. Yup, Teyana Taylor’s got her swagger back.

You may already know Pharrell’s latest protégé from her extravagant, 80’s-themed coming out party on MTV’s Sweet 16 or as the petite pop locker in Jay Z’s “Blue Magic” video, but her V.I.P. status was established even before the cameos and big name industry endorsements. Lady Beyonce herself was so impressed with the Harlem bred triple threat’s moves that she asked her to teach her the Chicken Noodle Soup — the popular dance Teyana helped innovate — for her performance at the 2007 VMA’s. "That kind of love coming from Jay and Beyonce, was crazy, recalls Teyana. "When he said, Yo, you’re a superstar. I’ll see you at the top,’ I was humbled, like wow!"

With the release of her debut album, From A Planet Called Harlem (Star Trak/Intersope), Teyana finally gets to show off her killer pipes and full-bodied flow to the rest of the universe. The album is a macrocosm of R&B, pop rock, and rap and deliciously rich with sticky hooks and campy lyrical play. "From the songs to the production — the whole direction of the album is insane," explains the Star Trak maverick. "It’s a story about having fun."

Of course, the stylish femcee reps NYC to the fullest but it’s her offbeat, ’afronaut’ edge that makes her such an undeniable rockstar — she’s a seamless blend of hip hop hipster and skater chick. Her hybrid musical style is as rebellious and eclectic as her personality and that’s not the result of a brilliant marketing squad. Just peep her iTunes playlist and you’ll find her rocking out to My Chemical Romance, Green Day, Fall Out Boy, Lauren Hill, Stevie Wonder and Michael Jackson.

With production from sonic architects like Jazze Pha, Pharrell, Mad Scientist, Frost, Shondre and Hit Boy, Teyana’s first solo offering has the rumblings of a party-pumping earthquake. The mix of throwback break beats, futuristic boom bap, and melodic renderings is the perfect backdrop for the starlet’s musical mayhem.

"Complicated" is a beautifully airy ballad about a crush that she’s not quite prepared to pursue. I can’t say I’m not impressed by you /I’m not ready to invest/ I can’t say I’m not the girl for you/ I just might not be her yet. She sings with the tender honesty of a young girl with strong sense of self-awareness and wisdom.

"’Color Me Pink’ is my favorite song," she says about another coming-of-age single. "It’s about a boy who makes me want to put on a skirt or wear a tutu to ballet class. It’s something every girl can relate to."
But From A Planet Called Harlem isn’t all flowery femme gems and soulful lullabies. On "Translation," Teyana gets clever with her wordplay. She spits a few bars of hood patois and then translates it for her less slang-savvy fans. "Switch It Up" is another track that capitalizes on her flow. She adopts her mentor’s cocky cadence and rips the mic over an infectious go-go beat, lacing it with his familiar yezir’s. Then the sassy shopaholic goes ego-trippin on "Traffic Stop," a head bopping jam that will have everyone singing “Sittin’ at a bus stop/ Suckin’ on a lollipop/ In my Ice Cream top/ I can make the Traffic Stop”.

"The first time I stepped into a booth I was seven," says Teyana. "I started singing on the train to make money, just hustling. No matter how much money I get, I still gotta grind. I still gotta work hard to get where I want to be."

While the average 16-year-old’s burning ambition is passing their road test, Teyana is busy pursuing loftier goals. For now, the industry ingénue would rather focus on kicking her career into overdrive.